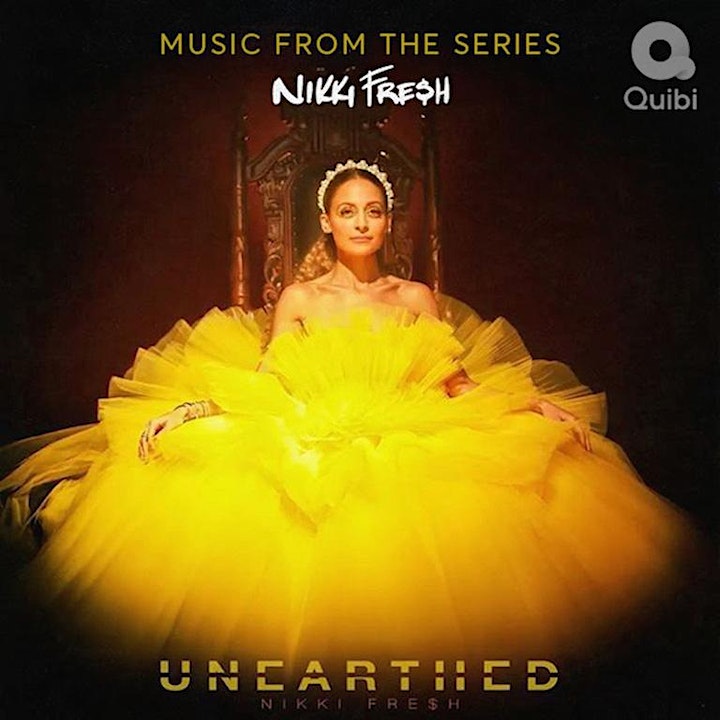 Actress, creative director, entrepreneur, writer, producer, and now parent trap artist Nicole Richie, aka ‘Nikki Fre$h’, is executive producer and star of Quibi’s Nikki Fre$h, released on the new mobile streaming platform in April and renewed for a season 2. Nikki Fre$h unites Richie’s passions for mother earth and hip hop into her eponymous alter ego, Nikki Fre$h. Nikki brings a new voice to wellness – dropping socially conscious and educational rhymes on the world. She interacts with real-life seekers and consciousness experts to learn ways to better serve our bodies and planet – while comedically exaggerating those solutions to the edge of sanity.  TV-14 | 10min

Nicole Richie was born and raised in Los Angeles surrounded by art, music, and costumes, fostering her artistic expression in many forms. Having developed an appreciation for fashion at an early age, Richie created the House of Harlow 1960 collection for which she serves as Creative Director.

Richie partnered with Telepictures Productions in 2013 to bring her unfiltered sense of humor and unique perspective to life in an AOL web series called #CandidlyNicole. The hit web series based on her Twitter feed has garnered over 25 million views. VH1 picked it up and turned it into a weekly television series in which Nicole served as an executive producer. The show followed Nicole as she shared her perspective on style, parenting, relationships, and journey to adulthood in the scripted, faux-reality format. Her other TV credits include guest appearances on NBC’s Chuck and Bravo’s Project Runway. Her film credits include a cameo appearance in Wes Craven’s Cursed and a role in the feature film Kids in America.

A diverse songwriter with a unique approach to several genres, Hudson is known for her unique signature concepts, edgy lyrics, and catchy pop melodies. She has penned much of the recent Dua Lipa album Future Nostalgia, including the hit singles “Physical” and remix track “Levitating” feat. Madonna and Missy Elliot . Sarah worked on Katy Perry’s single “What Makes A Woman” from the recent album Smile, and continues to work with established and up-and-coming artists. Most recently, Hudson co-wrote the featured tracks for the Quibi series Nikki Fre$h with Nicole Richie and Joel Madden.

Hudson understands the mind of the artist and is not afraid to be different and daring in her approach to songwriting. She uses her experiences in life, love, and music to bring new and unique perspectives to every song she writes.

Attendees will be emailed a Screening Link upon Registration and a Q&A YouTube Live Stream link on Tuesday, September 29, 10 minutes before Q&A start.