The SCL and AFM Local 47 present:

NEW OPPORTUNITIES FOR SCORING IN LA

New agreements from the AFM make recording scores in Los Angeles for video games and trailers a real option for composers. Join us for a discussion of the state of recording in LA and a look at the new AFM agreements as well as California’s new tax credits for scoring, which the SCL supported.

John Acosta currently serves as President of the American Federation of Musicians Local 47 representing over 7,000 professional musicians in the southern California area. John also serves as an International Executive Board member of the AFM, Vice President on the Los Angeles County Federation of Labor Executive Board, President on the Music Fund of Los Angeles Board of Directors, Director on the Actors Fund Western Council and Director on the Verdugo-Workforce Investment Board.

John hails from the Bronx, New York. His father Juan Acosta was a percussionist from Cuba who worked as a touring musician with Latin jazz greats such as Tito Puente and Celia Cruz. In California, John began his recording career working as a composer, guitarist, producer and engineer for artists on Warner Brothers, DreamWorks, Geffen, BMG, Elektra and Capitol Records. John’s work as a musician lead to his work with Local 47, advocating for musicians rights.

An award winning Executive, Audio Director, and Composer, Paul Lipson entered the game industry in the late 90‘s and quickly made an impact working with elite AAA clients and leading IP. He has worked with a dazzling array of partners like Xbox Games Studios, Sony, Ubisoft, 2K Games, Activision, EA, Nintendo, and many more. Paul and his team(s) have won numerous accolades, including recognition from Game Audio Network Guild Awards, MPSE Golden Reel Awards, NAMM-TEC Awards, DICE Awards, and the VGAs.

Paul is extremely passionate about audio and the advancement of the video game industry, and currently serves as Senior Vice President at Formosa Group/Interactive. He was previously Senior Audio Director at Microsoft Studios/343 Industries. He is active on the Board of Directors of the Game Audio Network Guild (G.A.N.G.), the world’s largest organization of game audio professionals – where he served as President from 2006-2012. Paul is an active speaker and has conducted panels, lectures, and master classes at the Massachusetts Institute of Technology, Yale University, Berklee College of Music, Musician’s Institute, SIGGRAPH, GDC, GameSoundCon, Pyramind Studios, AES Conference, New England Conservatory, Art Institute San Francisco, GRAMMY Soundtables, and more.

Paul holds a BM and MM with summa/highest distinction from the world-renowned New England Conservatory of Music in Boston.

Gina Zimmitti hires the foremost Los Angeles musicians to record for film, television and new media scores, and to perform for live concerts. She coordinates scoring budgets and recording sessions on behalf of many accomplished composers.

Nearly two decades into her career, she still feels privileged to collaborate with talent old and new, and to help shape the sound of the score by inviting the right people into the right rooms. She is thankful for the journey thus far, and is excited to continue investing in the longevity and vibrancy of film music in innovative ways. 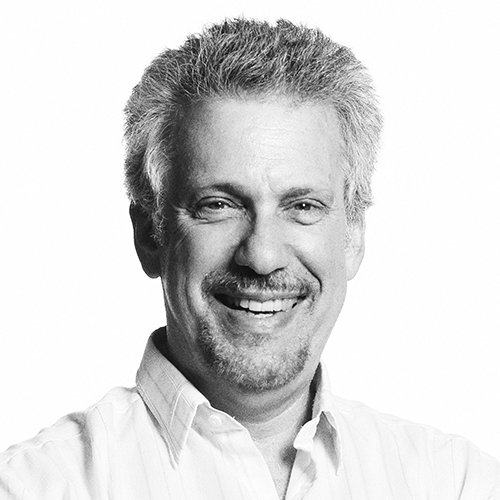 BAFTA-winning composer Garry Schyman is one of the world’s most celebrated voices in video game music as evidenced by his award-winning scores to the BioShock game series, as well as dozens of hit games, films, and television productions. Schyman has most notably given the universe of BioShock (including BioShock 2 and BioShock Infinite) its musical identity, scoring the hugely successful game series with a blend of haunting beauty and terrifying unease.

He paid playful homage to ’50s sci-fi with his score for the 2005 game Destroy All Humans! (followed by two sequels), accelerated the heartbeat in action games like Resistance: Retribution, and Dante’s Inferno, and gave a nod to the hypnotic style of Bernard Herrmann in the mystery game Voyeur.

Most recently he’s been in the fantasy world of Tolkien for the adventure game Middle-Earth: Shadow of Mordor, and its sequel Middle-Earth: Shadow of War. Schyman’s film and television credits span every genre, including classic series like The A-Team, and Magnum, P.I., stormy action (Tornado!), thrillers (Horseplayer), and family horror (Spooky House).

Garry is a long time SCL board member serving as chair for the Music Rights Committee.

PMA & G.A.N.G. Members: Enter code provided to you via email
in the promotional code field for free ticket.