SCL Members are invited to attend this event. 14 selected songs will be reviewed by Maureen and Bonnie. 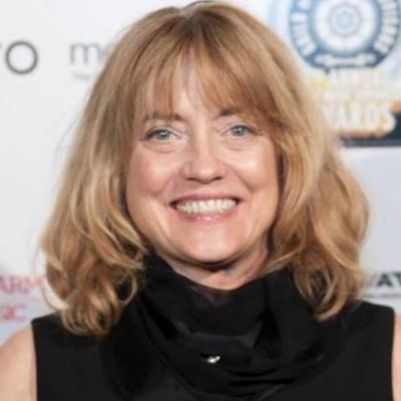 Maureen Crowe has been a music supervisor for more than 18 years and lauded by Neil Portnow, President of the Recording Academy, as “a force of nature,” Maureen Crowe is a powerful voice in music and media. As the first female President of the LA Chapter of the Recording Academy, she spearheaded the effort to secure voting rights and award status for music supervisors. In 2008, Maureen co-founded the Guild of Music Supervisors (GMS), the first and only organized advocacy for professional music supervisors. The Guild advocates for more than 200 members in film, television, trailers, games and advertising.  In just a few short years the GMS has had an astounding impact securing both Grammy and Emmy Awards status of music supervisors, secured stories in top publications including The New York Times, Arts and Leisure, The Hollywood Reporter, Variety and Billboard and establishing the Annual Guild of Music Supervisor Awards which highlights the impact music and music supervision have in every field of media.

She is known for her exceptional creative work, financial and marketing acumen, and some of the most groundbreaking achievements in the field including the Grammy Award-winning soundtrack and chart-topping single “I Will Always Love You” from The Bodyguard, the platinum selling soundtrack for the cult classic Wayne’s World, and the multi-platinum Grammy and Oscar-winning film Chicago.  She is responsible for Sarah McLachlan’s “Angel” being placed on the City of Angels multi-platinum soundtrack, highest charting single, Dido in Sliding Doors, and The Preacher’s Wife, number one Gospel soundtrack – among others.

Known for her outstanding musical design in enhancing storytelling in film and television, in her role as music supervisor, she is known for securing key musical “gets” and management of production and post-production needs for all types of projects and budgets. 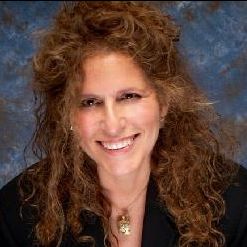 Bonnie Greenberg is a longtime President of Ocean Cities Entertainment, a small entertainment company involved in development, production and music supervision of motion pictures, her production includes the made for TV original musical Dear Dumb Diary, Halfway, Basmati Blues and the recent powerful documentary, The Hunting Ground, for which she also executive produced the music and the Diane Warren title song “Til it Happens to You” – the only song in film music history to be nominated for an Emmy, Oscar and Grammy in the same year, 2016.

As a music supervisor/executive music producer Bonnie has been integrally involved in more than 75 films spanning all budgets and genres from independent films including Spanking the Monkey, Hairspray, Lars and The Real Girl, Menace II Society, to mid-budget independent and studio films such as Undercover Brother, Pleasantville, The Best Man, The Mask, and The Truth About Cats and Dogs, to major big studio blockbusters including My Best Friend’s Wedding, How The Grinch Stole Christmas, Stuart Little, Sister Act 2, What Women Want, It’s Complicated, Something’s Gotta Give, to the hit series Desperate Housewives. Some of the award-winning filmmakers she has repeatedly worked with include Ron Howard, Jerry Zucker, PJ Hogan, Gary Ross, Malcolm Lee, The Hughes Brothers and Nancy Meyers. She received an NAACP award for album of the year for her work on The Best Man. Musical scenes she helped create for The Mask and My Best Friend’s Wedding were selected by VH1 for their special surveying the top 100 musical moments in film history. Most recently, Bonnie was the executive music producer on the documentary RBG. The title song “I’ll Fight,” written by Diane Warren and performed by Jennifer Hudson, and the film are both nominated for the 2019 Academy Awards.

In addition to her music supervisor activities, she has worked for the State of New York in preparing materials to educate children in the State’s drug program for which earned her the Governor’s Plaque Award. She authored various music chapters of the Matthew Bender four-volume practical law treatise entitled “Negotiating Contracts in The Entertainments Industry.” She has been featured in several documentaries and the book How I Broke into Hollywood, Tales from the Trenches.  Bonnie is a frequent lecturer on the use of music in films, and is an adjunct professor UCLA Film School and the MEIM graduate program at Carnegie Mellon. She is a 30-year member of the National Academy of Recording Arts and Sciences, and one of the founding members of the Guild of Music Supervisors.