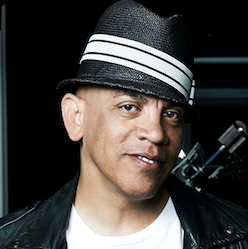 His numerous television credits include The Tonight Show with Jay Leno, American Idol, The Kennedy Center Honors, The American Music Awards, The Super Bowl, The Grammy Awards®, The Emmys®, and The Academy Awards®.

Minor has garnered nine Emmy® nominations for Outstanding Music Direction, including two recent nominations for Aretha! A Grammy® Celebration for the Queen of Soul, and The Oscars®. He was previously nominated for his work as Music Director on Genius: A Night for Ray Charles, An Evening of Stars: A Tribute to Chaka Khan, The 50th Annual Grammy Awards®, The 51st Annual Grammy Awards®, The Smithsonian Salutes Ray Charles: In Performance at the White House, and Stayin’ Alive: A Grammy® Salute to the Music of the Bee Gees. In 2017, he won an Emmy® for Taking The Stage: African American Music and Stories That Changed America.