Join us for an immersive insight into slide guitar instruments. Guitarist/multi instrumentalist Jay Leach will explain the different instruments and play recorded and live examples, covering Weissenborn, Dobro, Lap Steel, Pedal Steel, and others. He will discuss the history and development of these instruments, including printed handouts to illustrate tunings, pedal/lever functions, and more. 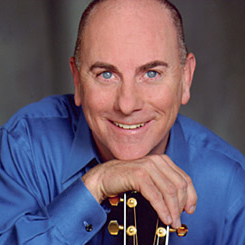 Acclaimed guitarist Jay Leach has graced LA stages and studios with this dexterous playing for many years. He has worked in virtually every area of music, from motion pictures and television to theatrical live shows, video games and jingles. Jay has also self-produced eight albums, and authored several books on Steel Guitars for Mel Bay Publications. Jay played on The Voice for three seasons, and was Pedal Steel guitarist for the American Idol band from 2006 to 2016. He notably performed Shostakovich’s Jazz Suite #1 on Banjo and Steel Guitar with the Los Angeles Philharmonic in 2011.